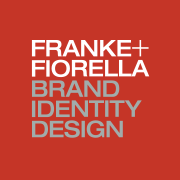 Digging into our roots: A brief review of the historic North Loop

Nolo, The Loop, North Loop, The Warehouse District—call it what you wish. At Franke+Fiorella, we are lucky enough to call it home. With our office here since 1999, we’ve been watching it transition from a quiet, lesser-known historic area to the creative, youthful and vibrant neighborhood it is today. While writing this we hear the hum of construction right outside our windows, as we witness what was once a flat parking lot grow into one of the largest buildings in the area, at 500,000 square feet.

Needless to say, it’s an exciting place to have our office. But as is the case with most things we have, it’s too easy to neglect how it became what it is today. We thought we’d take a moment to dive into the historic roots of this borough and see where we’re spending the majority of our week. 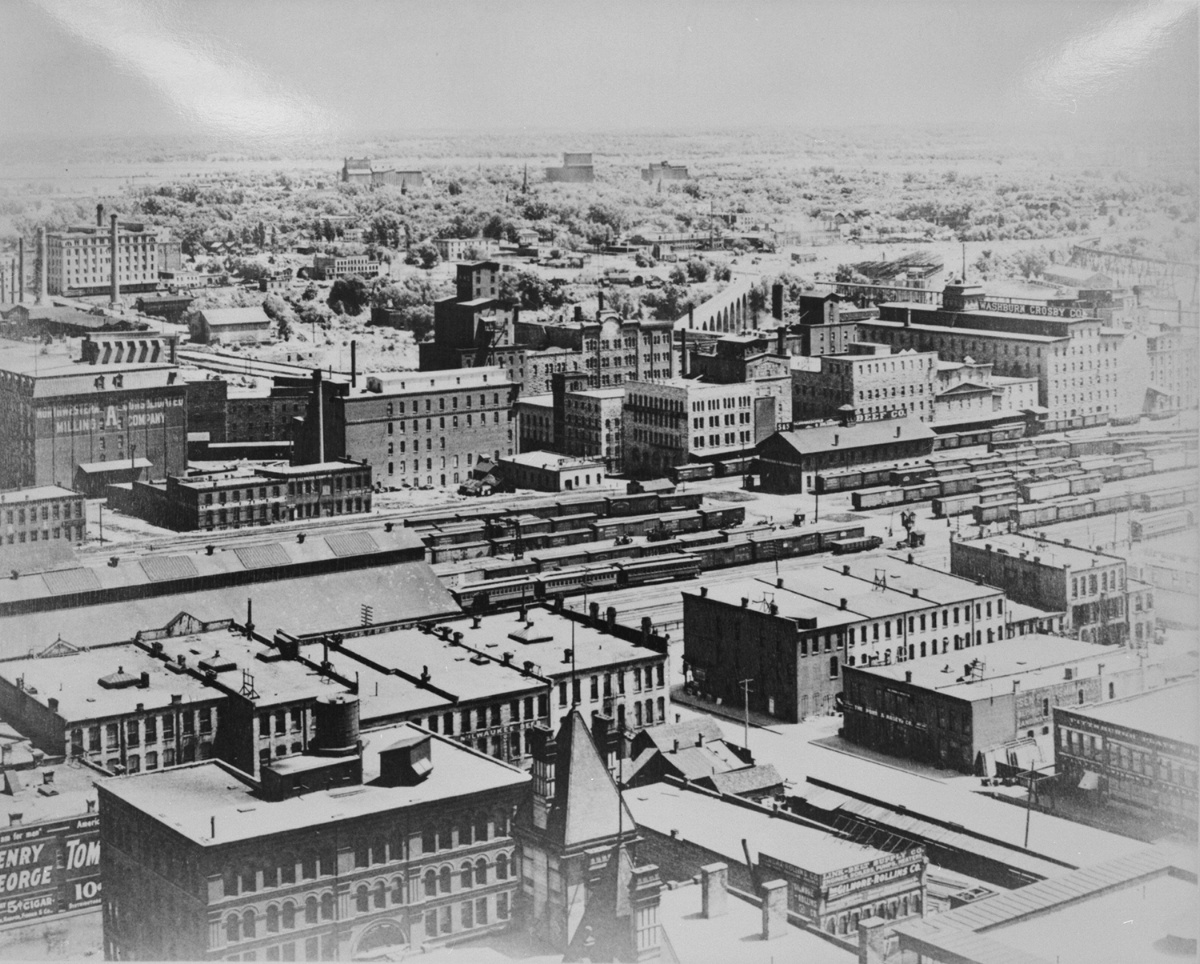 The commerce: In the late 1850s, retailers from the east were unable to sell to the people of Minnesota and other western territories. As a consequence, the region needed to start producing its own goods. With its ideal location, the Warehouse District became a hub for commerce (ci.minneapolis.mn.us).

The land: A majority of the North Loop’s original buildings were constructed during the late 19th to early 20th century to house the production of goods. It was the perfect location for such work, given its nearness to the railroad, river and downtown. Besides that, unlike the pricey real estate the neighborhood is comprised of currently, land and building was affordable (ci.minneapolis.mn.us). 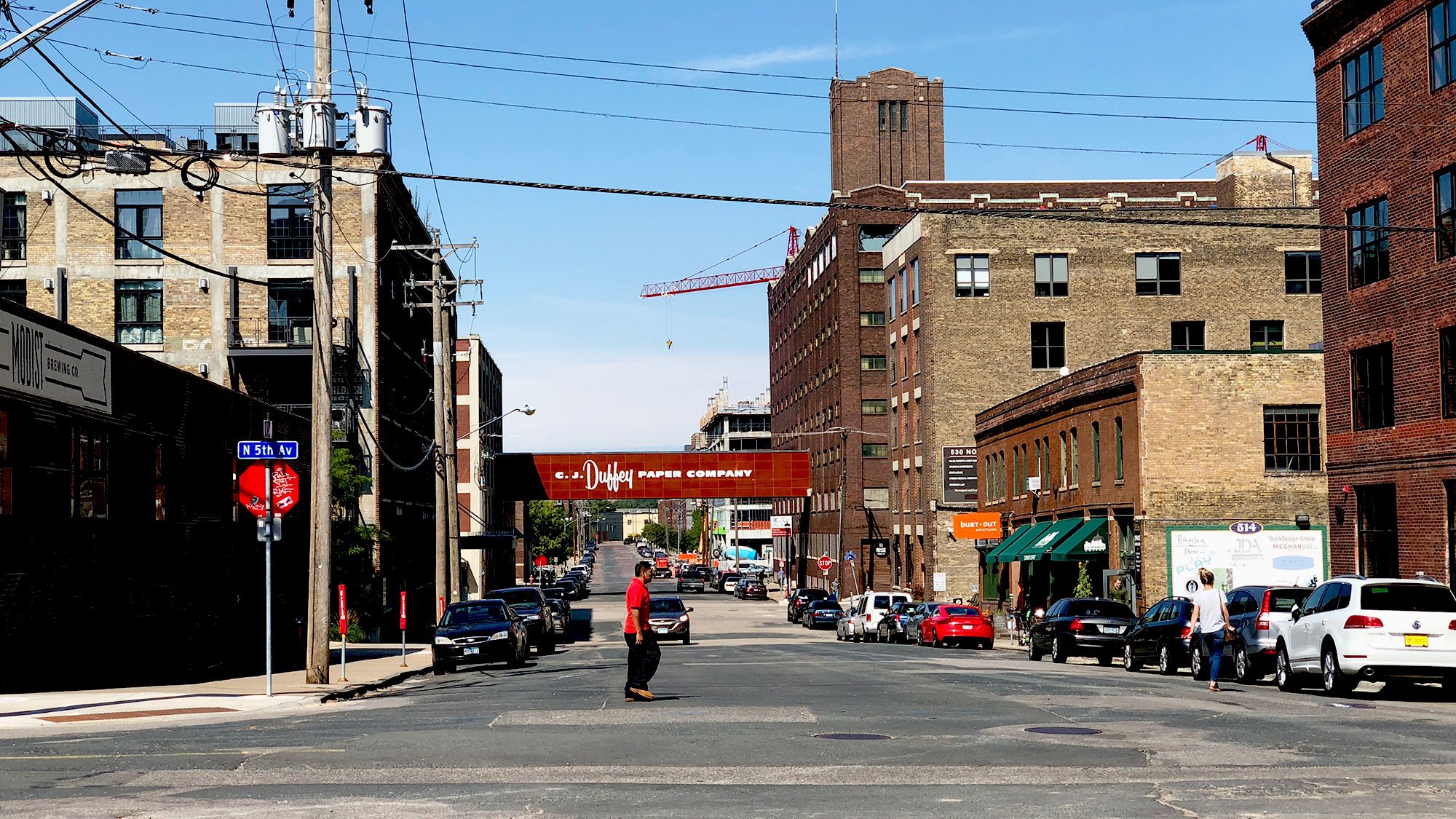 View to the left of our front entrance, N 5th Ave and 4th St.

The buildings: What gives the area such a different vibe from many Twin Cities neighborhoods is the scale of these large-windowed warehouses and the fact that many of these massive buildings are, for the most part, still standing in their original framework.

According to Spy Twin Cities, to our south, the Ford Center is where Model Ts were constructed by hand. They started assembling the car at the top floor and built upon that as it went down floor by floor via elevator. Now it’s LEED certified and houses several creative firms; this includes the advertising agency, Olson, and the architecture and engineering firm, Hammel Green & Abrahamson Inc. 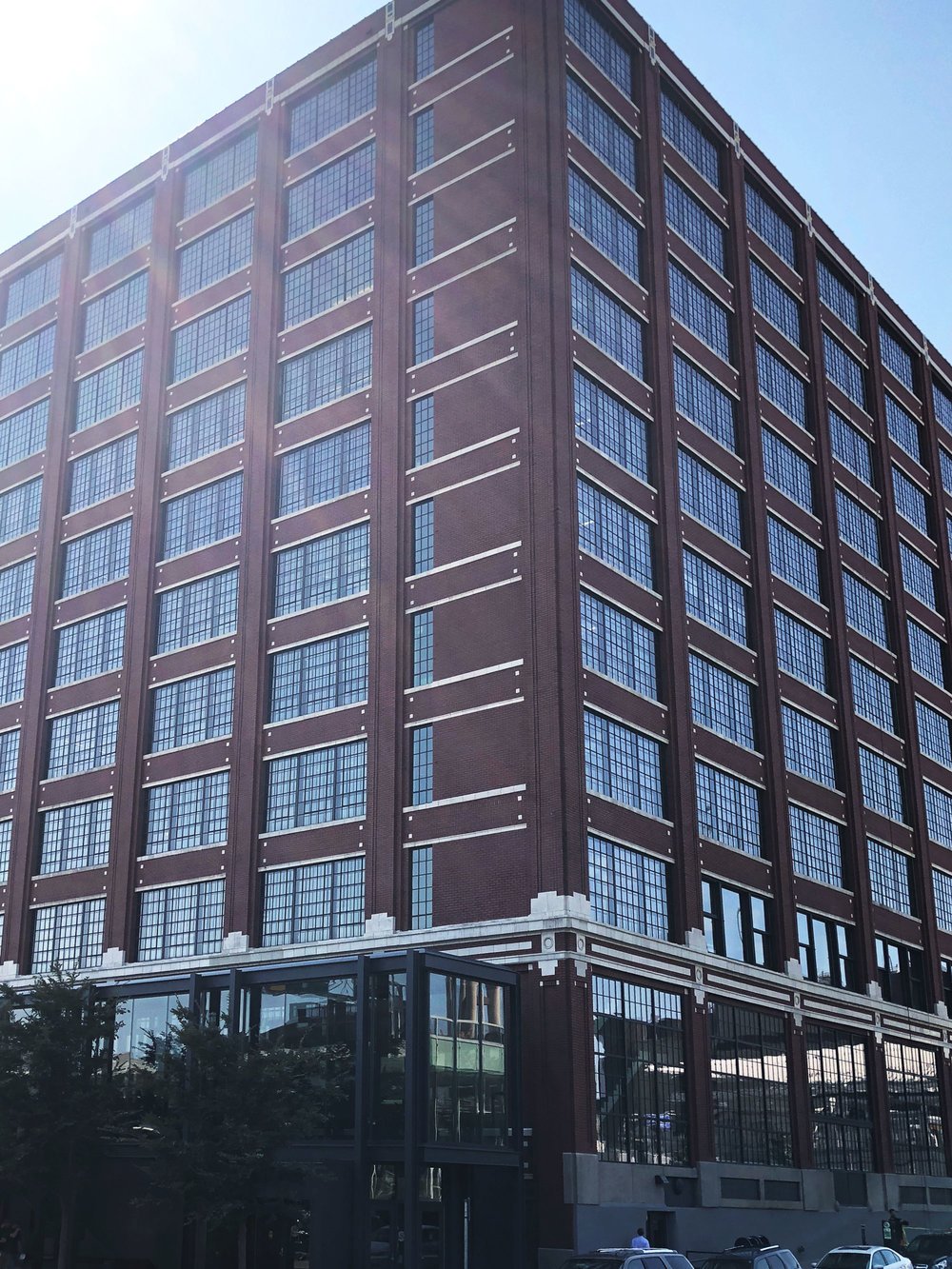 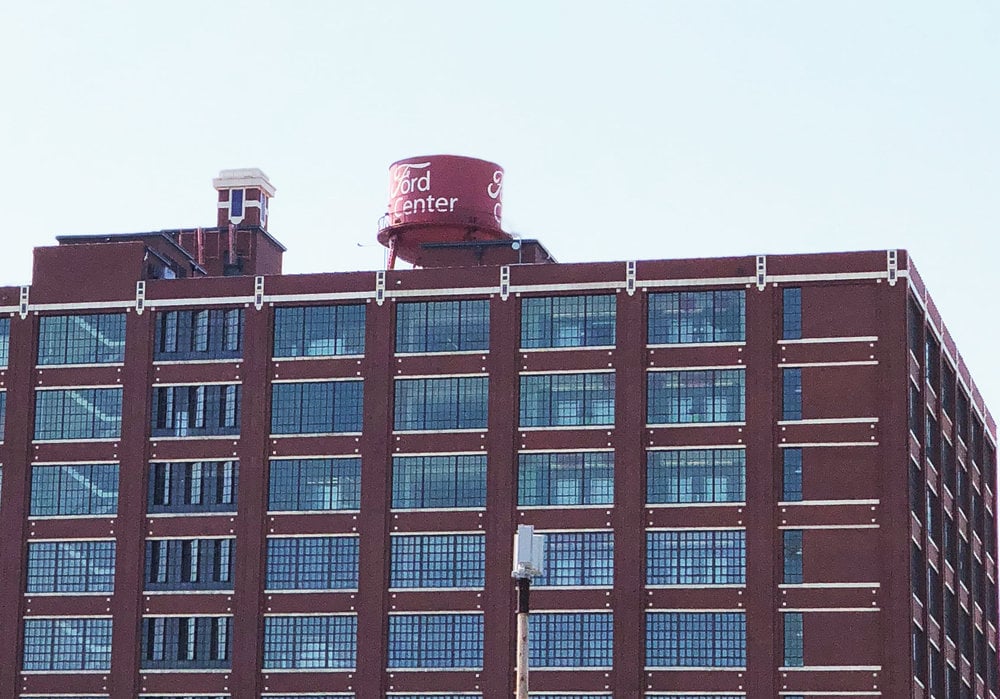 To our Northeast a few blocks, you find what is now a popular event center Aria. This warehouse stands out as it was remodeled in 1902 to give it its striking Gothic Revival-style. As reported by The Journal, the architect Cass Gilbert was the same person to design our State Capitol. 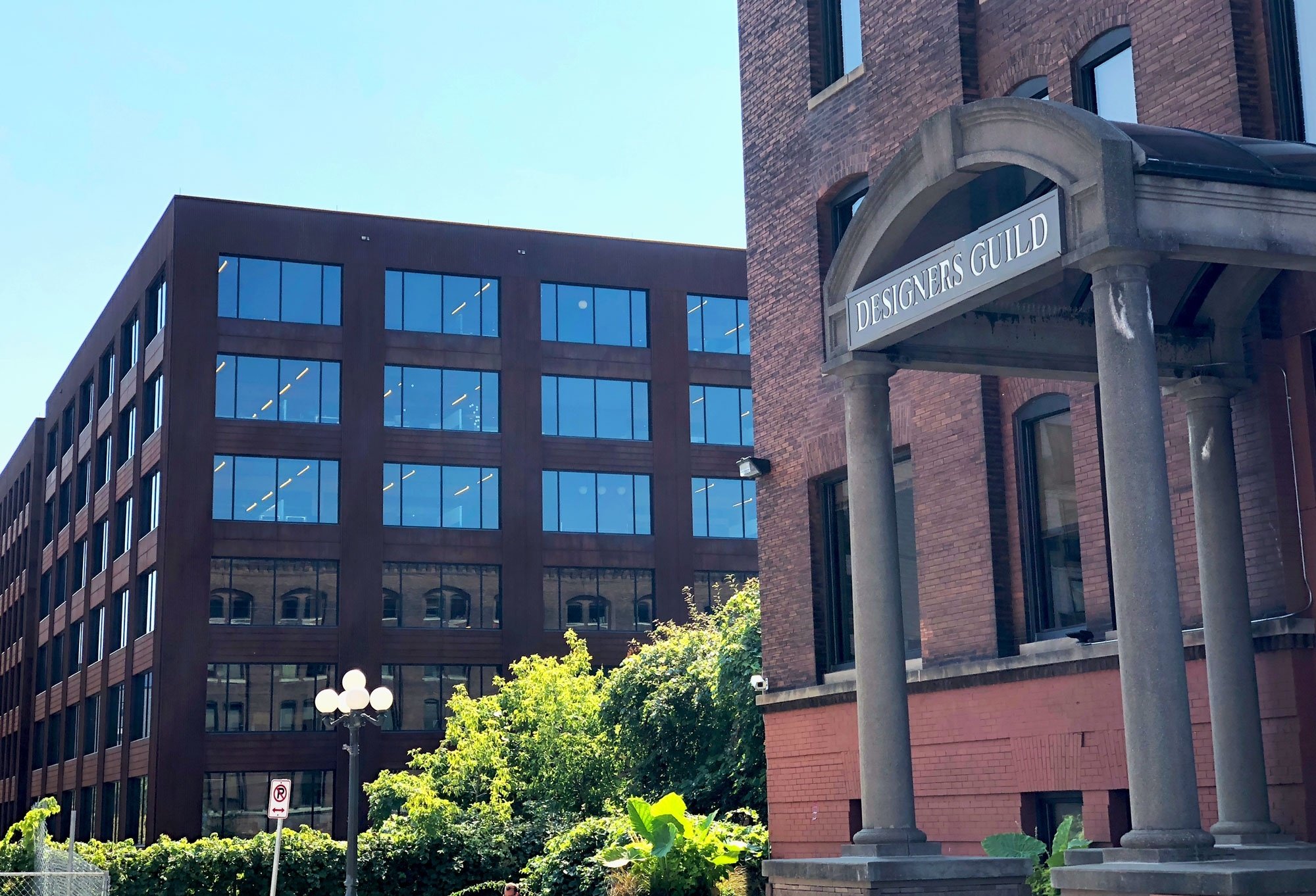 Our own building, The Designer’s Guild, was built in 1901. It was originally built for Minnesota Moline Plow Company, modeled in Renaissance Revival style. Another notable fact is that the south side of our building contains what was the Great Northern spur line corridor. This corridor contributed to the development and commerce of the Warehouse district as it was what allowed travel from building to building. Much of the original framework of the building is still evident to us today—with its exposed brick and wood beams it has that rustic charm we North Loopers love.

The name: So why call it the North Loop if it was really all about the warehouses? According to The Journal, the “loop” refers to the trolley line that helped people get around the neighborhood in the late 19th century. Also, it just seems to roll off the tongue.

We hope to continue getting to know more about our surroundings. Stay tuned for more by following us on social @frankefiorella.

Tagged: design, the inside scoop